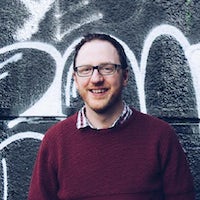 I read the first three chapters of Programming TypeScript and re-watched John Linquist's video series on getting 'Up and Running with Typescript'.

I say re-watched because according to egghead, I'd watched it already - who knew?

I tried to get up and running with emacs and I think I'm largely there. I was having some issues with the arrow keys behaving strangely when I was in insert mode, so I moved to VSCode to try to get some work done.

On a work project, I install typescript and the React types. For a component I was building I typed everything. It was pretty straightforward but for now couldn't see what I was being saved.

I'm keeping the Notion doc up to date with the resources I'm using. If you have any other resources you think I should be checking out let me know.